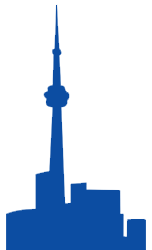 Canada is a country in the northern part of North America. It has ten provinces (Alberta, British Columbia, Manitoba, New Brunswick, Newfoundland and Labrador, Nova Scotia, Ontario, Prince Edward Island, Quebec, and Saskatchewan) and three territories (Northwest Territories, Yukon, and Nunavut. They have their government and are responsible for setting and regulating education standards for their respective educational institutions.

Canada plays host to more than 180,000 International students in any given year. Increasingly, Canada is becoming the country of choice for students from all parts of the world. Many international students aspire to study in Canada due to the well maintained high academics and first rate education system. According to the Organization for Economic Cooperation and Development’s report on global education, Canada has the highest proportion of college graduates. It is also a friendly country with stunning nature and many benefits for the international students.

Canada’s high academic standards and rigorous quality controls mean that the student will be earning a high-quality education that will open doors for future and benefit their career over the long term. A Canadian degree, diploma or certificate is globally recognized as being equivalent to those obtained from the United States, UK or Europe. According to Times Higher Education World University Ratings, 2018, 5 Canadian Universities  are in Top 100 best University of the world.

The quality of education and living standards in Canada are amongst the highest in the world, but the cost of living and tuition fees for international students are generally lower than in other countries such as the United States and the United Kingdom. As such, Canada is often the preferred choice for students for higher education and is ranked as the 4th most preferred country by international students

With almost all of the world’s ethnic groups represented in Canada, it’s hard not to find ethnic foods and recreation activities associated with specific cultures and communities in Canada. It is a great chance for finding different cultures around the world. In addition, Canadians are very friendly and open in nature, and it has been proved by United Nations consistently ranking Canada as one of the best places in the world to live.

Canada is a bilingual country and is considered a world leader in language training. Since teaching French and English as a first and second language is an integral part of a Canadian education, International Students will be able to improve fluency and capacity for either language as they start their student life in Canada.

As research is one of the key components of a Canadian higher education system, international students will have ample opportunity to become a part of the vibrant aspect of education. In Canada, government and industry together support research including: telecommunications, medicine, agriculture, computer technology, and environmental science.

Under Canada’s highly dynamic and hands-on academic environment, International students will not only acquire knowledge and skills in analysis and communication, but they will also learn how to express, demonstrate one’s creativity, and develop self-confidence! Faculty members are always available and eager to help with any issues that a student brings out.

Toronto is the provincial capital of Ontario and the largest city in Canada. It is known for being one of the world’s most multicultural cities, with around half of its 2.8 million population hailing from outside of the city. The city is Canada’s leading financial center – while also being known as a world-leading hub for the entertainment, media and creative industries. Universities in Toronto include some of Canada’s highest-ranked. The University of Toronto is Canada's highest-ranked Provider in the QS World University Rankings 2019, at 28th in the world.

Montréal is the biggest city in the French-speaking province of Quebec and the second-largest city in Canada. It has been featured as the fourth best city for students in the QS Best Student Cities index, It is widely cited as the cultural capital of Canada and boasts a unique combination of European sophistication and American glamour. There are plenty of theater, music, dance and visual arts to explore here. Montréal has four universities as well as seven other degree-awarding institutions and 12 General and Vocational Colleges (CEGEPs), giving the city the highest concentration of post-secondary students of all major cities in North America.

Vancouver is a young city on Canada’s west coast. It has spectacular landscape surrounding ranging from lush green forests and stunning lakes, to the rugged magnificence of the Canadian Rockies. The city consistently features in lists of the world’s most livable cities – and has become one of Canada’s best-known and most-visited cities. Prominent universities in Vancouver include the University of British Columbia and Simon Fraser University which are the best ranked Universities.

Quebec is the capital of the province with which it shares its name, and of French-speaking Canada as a whole. It is a city full of historic and architectural interest. In fact, there are 37 National Historic Sites of Canada in Quebec City and its enclaves. In addition it has exciting nightlife and culture with lots of activities and attractions to indulge in. Notable universities in Quebec City include Laval University and the Université du Québec. The teaching at universities in Quebec City is primarily in French.

Education is a provincial responsibility under the Canadian constitution, which means there are significant differences between the education systems of the different provinces. The education system in Canada incorporate both publicly and private-funded schools. The students have a diverse choice of 96 Universities & more than 127 publicly funded Community Colleges offering a wide array of programs.

Universities and university colleges in Canada focus on degree programs but may also offer some diplomas and certificates, often in professional designations. University degrees are offered at three consecutive levels:

For regulated professions such as medicine, law, education and social work, the education system in Canada generally requires a work placement to obtain a license to practice.

Providers and programs in Canada:
https://w05.educanada.ca/index.aspx?action=programsearch-rechercheprogramme&lang=eng

The intake for Canada include:

The major intake is primarily September and January. Very few institutes have May intake with the limited course and campus availability.

Universities in Canada set their own fees, and these vary depending on several factors like:

Arts and humanities courses tend to be cheaper, while subjects such as engineering and medicine are among the more expensive.
Living expenses in Canada for an international student would be approximately CAD 10,000 to CAD 12,000.

Get information on Financial Assistance in Canada:

All students willing to apply for Canadian universities should be fluent in English. The required test to study in Canada is the TOEFL or IELTS. In addition, GRE is required for Master's level admission, and some universities and programs may need a good score in the Subject Test too. However, for MBA admission, good score in GMAT is essential, in addition to academic performance, other tests' scores and requirements as prescribed by the schools individually.

The admission procedure into the Universities requires the fulfillment of academic and English requirements. An application fee is required to assess the offer letter. The required documents for acceptance letter are:

STUDY PERMIT
A study permit is the most important requirement to arrive in Canada as an international student. For college or university studies that last longer than 6 months, it is a mandatory requirement. The application for a study permit can be made online or by going to the visa application center. It can take up to 3 months to get a study permit depending on the country of application. The documents required during the application include:

There are limited scholarships available in Canada. They rarely cover the full cost of a study program and they are not always easy to find. Scholarships in Canada for international students are available at some Canadian institutions for students with exceptional results. The amount awarded varies from one institution to another and usually covers only part of a student's education and living expenses. Obtaining a scholarship is very competitive and applications must be made directly to each university along with the application for admission. Community and Career Colleges do not usually award scholarships nor do school boards or most private schools. Some of the scholarships in Canada include:

Further scholarships in Canada can be found here:

Accommodation in Canada for international students include on-campus and off-campus options. Some of the available options include:

There are many ways to work in Canada while studying:

International students are allowed to work off-campus for up to 20 hours per week during a regular academic session and full time during regularly scheduled breaks.
To be able to work in Canada, however, students must be registered and enrolled at the Designated Learning Institution (DLI) and must get a Social Insurance Number from Service Canada.
For further details on working while studying, refer:
https://www.canada.ca/en/immigration-refugees-citizenship/services/study-canada/work/work-off-campus.html

WORKING AFTER GRADUATION
After graduation from a designated learning institution (DLI), students can work in the desired sector or career through a Post-graduation work permit (PGWP). It enables students to qualify for permanent residence in Canada through Express Entry. For study programs that are of 2 years or longer, one is eligible for 3 years PGWP.
Details on PGWP can be found here:
https://www.canada.ca/en/immigration-refugees-citizenship/services/study-canada/work/after-graduation/about.html

Canada is a land of opportunities and resources to find skilled employment within the country in different provinces. After the completion of the course and working in Canada, one can apply for permanent residency through the Express Entry program. As a permanent resident, one will have the right to:

All about permanent residency in Canada:
https://www.canada.ca/en/immigration-refugees-citizenship/services/new-immigrants/pr-card/understand-pr-status.html