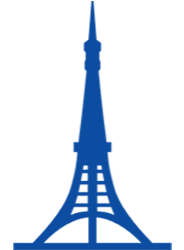 Japan is an island country in East Asia located in the northwest Pacific Ocean. It consists of several fairly mountainous islands, which are often referred to as the Japanese Archipelago. The four dominant islands of the archipelago are: Hokkaido, Honshu, Shikoku and Kyushu. Besides these four main islands, there are actually over 3,000 adjacent islands and islets alongside.
Due to excellent educational standards and state of art technology used in education, Japan is a highly favored destination for international students. It has rigorous curriculum and is forefront in the technological advancement. It has preferred for the affordability and the high living standards.

There are many universities, junior colleges and vocational schools in Japan where students can receive World-class education in different fields. In addition, Japan has produced the most non-Western winners of the Nobel Prize, 24 people as of 2015. 21 of those are in the fields of physics, chemistry and medicine.

Studying in Japan is much cheaper than going to the America or Europe. Also, if you study in Japan, students are allowed to work part –time, so students do not worry in order to pay the tuition fee and living expenses. If you work in the field that you’re interested in, it may be useful experience that you can rely on in your future career.

Japanese people are very friendly towards international students. Many events are organized by the universities so that the international students can acclimatize to the Japanese student lifestyle and make friends. Japan is one of the safest countries in the world. The streets are clean and well organized, so it’s very easy to travel around. There are convenience stores and vending machines within walking distances, so the student can save time and utilize on studies and other activities.

International students have very easy access to medical care in Japan and as they are usually required to enroll in the national health insurance program; they are obligated to pay only 30% of the full medical costs as the rest will be covered by the insurance. It’s very cheap, especially in comparison to private healthcare systems like in many other countries. Some universities have health clinics on campus, so students can easily get simple treatments, consultations, and medical tests for free. It gives international students peace of mind.

International students can enjoy Japanese culture, the delicious food, and the beautiful seasons in their everyday life. Students will also be able to easily travel and explore the various cities while in japan as it is home to some of the world's most breathtaking natural terrain -- four seasons out of the year. And speaking of diverse and extraordinary, no discussion of Japan is complete without mention of its cuisine. From sushi and sashimi to ramen and soba, life in Japan offers an epicurean adventure like no other.

Japanese cities are full of surprises. Especially, if you are an international student in Tokyo, the capital city, it is full of the leaders of gourmet, fashion, art, and subculture. You can experience the very best that these worlds have to offer. On top of it being a city full of leading businesses, it’s also full of nature such as Yoyogi Park, historical sites such as temples and shrines, as well as sightseeing spots like Skytree and Tokyo Tower.

Tokyo
Tokyo is the capital and most populous prefecture of Japan. There are hundreds of colleges and universities in Tokyo, including Japan’s highest-ranked institution, the University of Tokyo, 23rd in the QS World University Rankings 2019. The city is also home to Tokyo Institute of Technology, Japan’s third highest-ranked university.
Kyoto
Known as Japan’s cultural capital, Kyoto is home to 17 UNESCO World Heritage sites and is top of the list for many students looking to explore Japan’s rich history. Kyoto University is Japan’s second oldest university, and it is second highest-ranked, at 35th in the QS World University Rankings 2019. Kyoto Institute of Technology is also highly esteemed, and there are more than 30 colleges and universities in Kyoto.
Osaka
Osaka is the capital city of Osaka Prefecture known for its modern architecture, nightlife and hearty street food. It is also the international gateway for trade, politics and knowledge acting as a key economic and cultural hub, with a large and diverse population and economy. Universities in Osaka include Osaka University that ranked 67th in the QS World University Rankings 2019.

INTAKES
There are 4 major intakes for language schools in Japan:

The other vocational and university courses always start from April.

Tuition fees at Japanese universities depends on what type of university an international student is planning to attend and the program they are enrolled in. Most students are also required to pay a fee for admission, but this varies by university as well.
Be sure to check with your program for the exact amount you will be required to pay!

Public universities have unified prices: annual tuition fee of 535800 Yen, admission fee of 28200 Yen, plus other minor fees, about 850000 Yen (about $8000 USD) in total for the first year of undergraduate programs.

Private universities can, at times, be more expensive than Public or National universities where they charge up to twice as much, about 1600000 Yen (about $15000 USD) per year, but prices differ from school to school.

The monthly living expenses (including tuition) in Japan for international students on average nationwide comes to about 138,000 yen.

Most universities in Japan recruit twice a year, for the spring semester starting in April, and the autumn semester in September. There is not a unified admission platform for students to apply centrally. Each university sets its own schedule, so the application deadline can be different from school to school, usually 6 months before the start of the semester.
The documents you need to submit with your application are usually:

Accommodations for international students are diverse. There are accommodations operated by local governments and universities. When looking for private housing, you can inquire from your school’s international student office, through Internet, Information Magazines or you may get a real estate agent to look for a place in the area you plan to stay in.
When renting an apartment, a rental contract has to be signed with the landlord or the real estate agent. At the signing of the contract, the “shiki-kin” (returnable deposit), “rei-kin” (non-returnable deposit) are paid. Pre-payment of rent is a norm in Japan. Though the names for “shiki-kin” or “rei-kin” or their amount differs by area, at the signing of the contract, these “shiki-kin” and “rei-kin” amounting to a few months of the rent as well as the first rent have to be paid.

A student should submit following documents and certificates to process Student Visa for Japan through Raffles Educare Associates.

Students that have obtained a work permission are allowed to work part time in Japan. As an international student you can work 28 hours per week on school weeks and 40 hours per week during semester breaks. Most students work in shops or restaurants where you can earn around 1000 Yen per hour. However it can be hard to find a job before you speak decent Japanese.

The work permit is a sticker in your passport. To obtain it you must be in Japan on a student visa. The easiest way to get the permit is to apply directly at the immigrations in the airport when you first arrive in Japan. Then you can get it immediately. Otherwise you will be stuck in the Japanese bureaucracy where you will need several visits to the Immigration Bureau and at least 3 weeks processing time before you can get your work permit.

As a general rule, one must have lived in Japan for a period of ten years before they are eligible to apply for permanent residency. If someone’s spouse is Japanese, however, this period can be as little as three years. Before applying for a permanent residency, the applicant must have a visa valid for the entire length of the application process (usually several months).